A FUN DAY AT MORTENSON RANCH 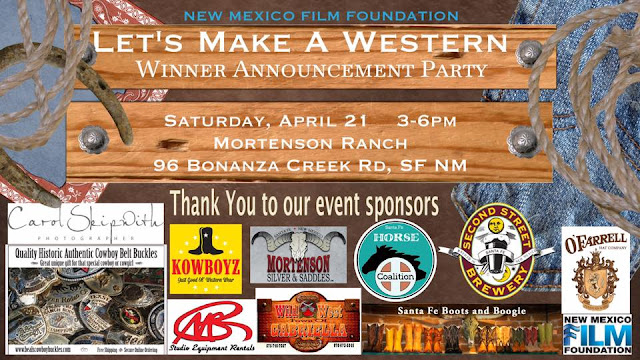 Well, I couldn't resist, so I put on my cowboy hat, grabbed
my camera and piled into the car with my two best friends
and we headed out to the ranch and joined the party.

What fun. Everyone was duded up  -  and they were
foder for my camera. Most were actors and knew
just how to give me the perfect pose. 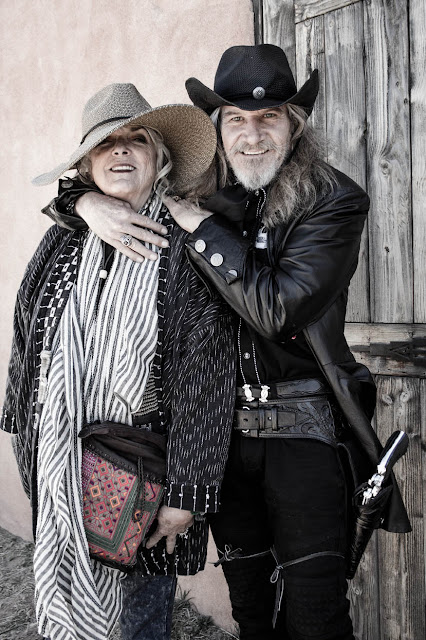 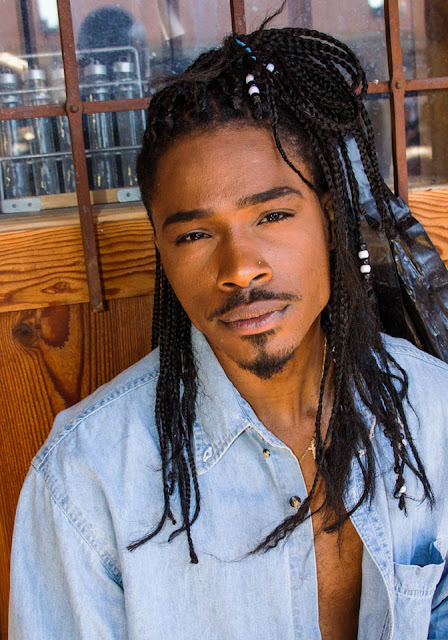 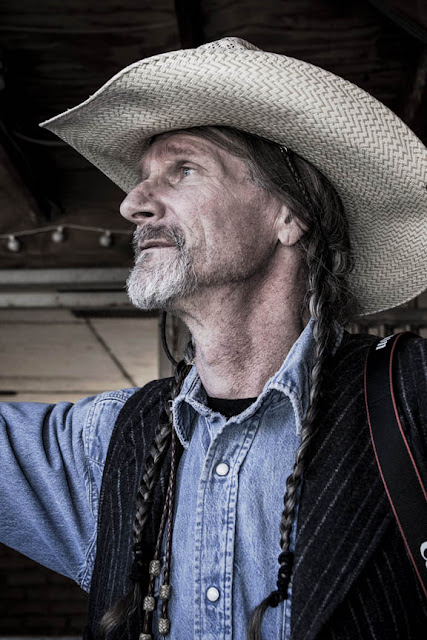 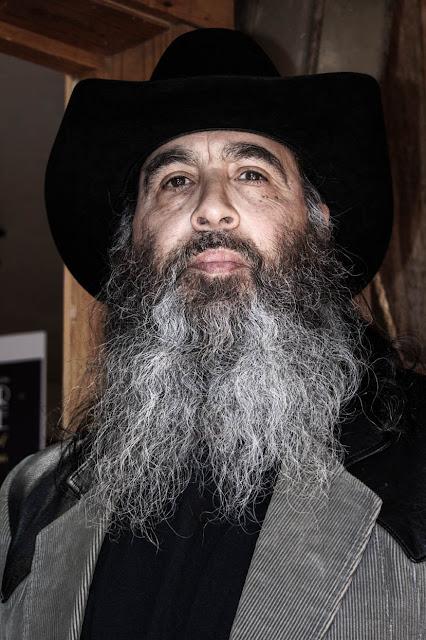 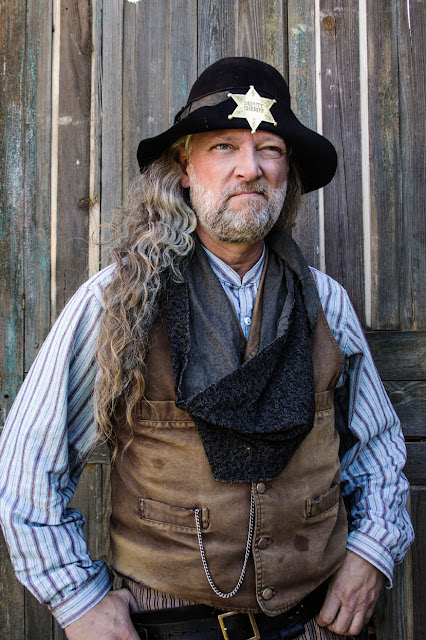 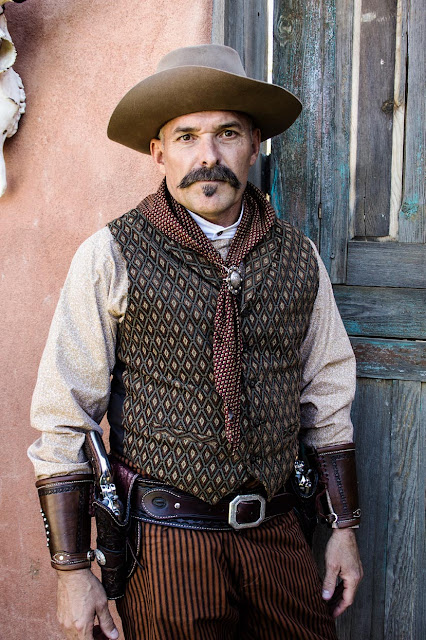 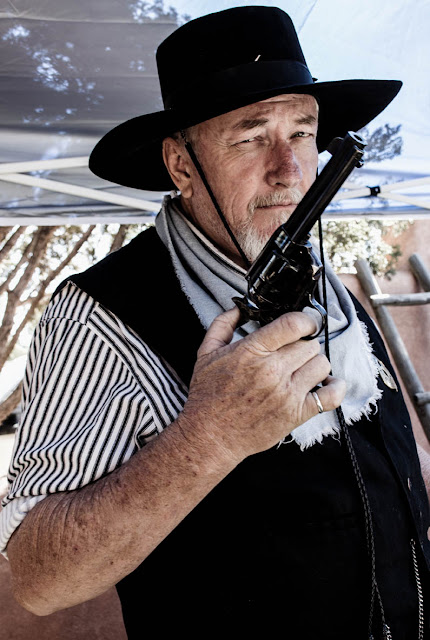 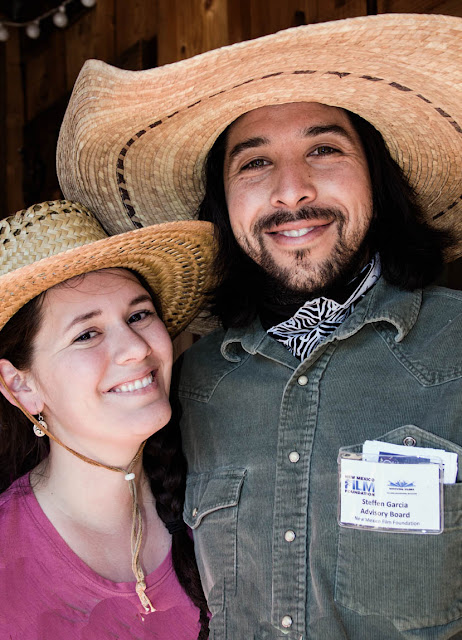 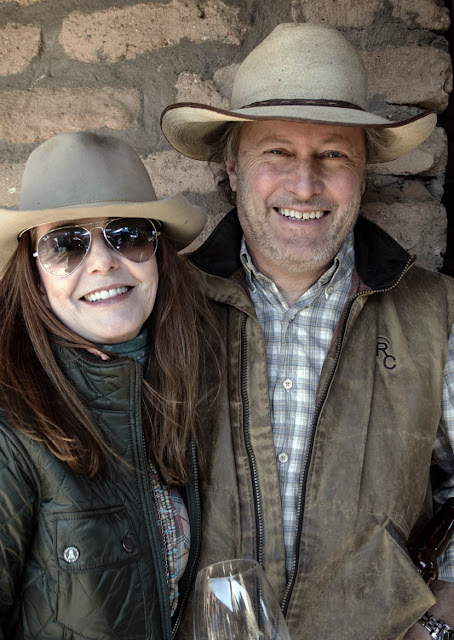 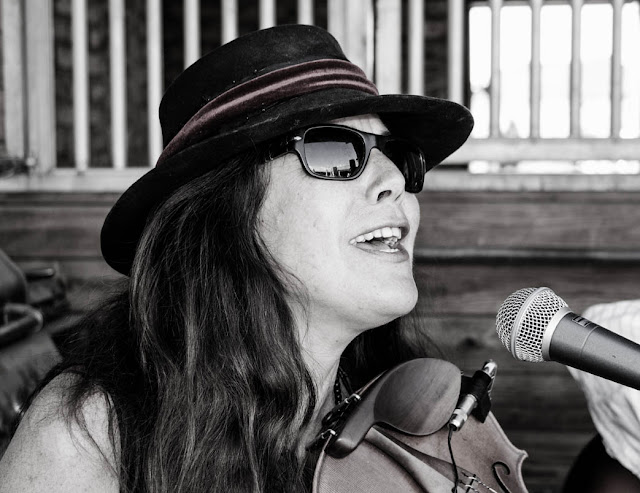 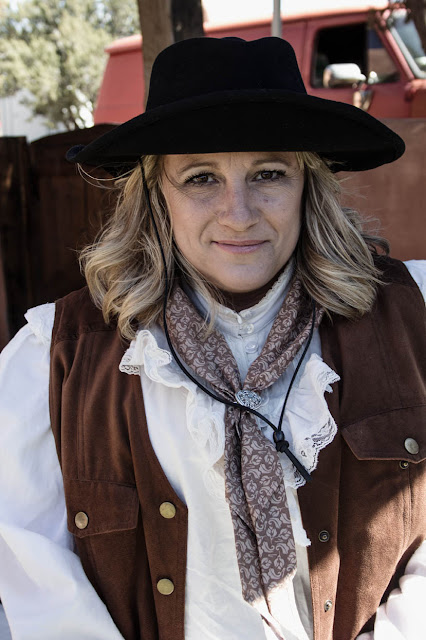 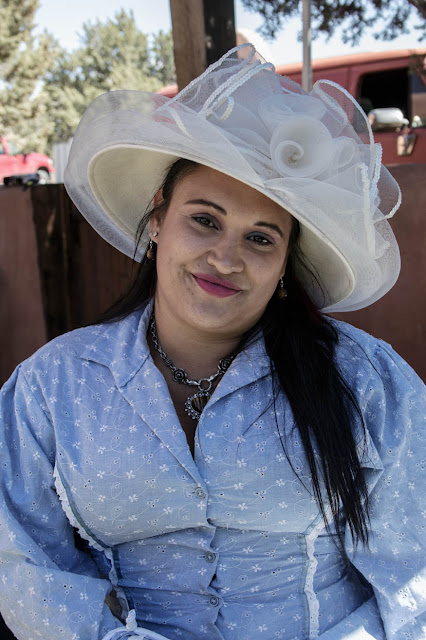 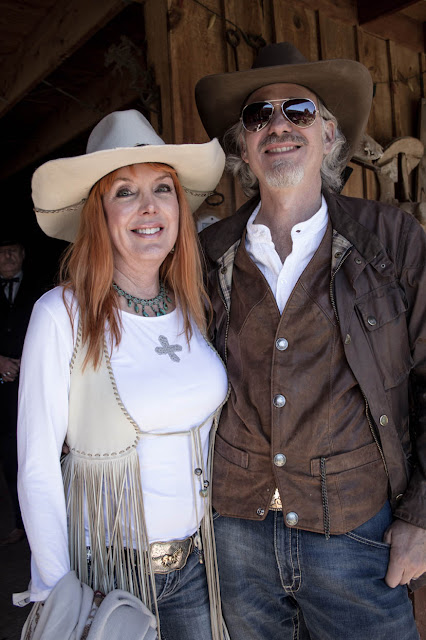 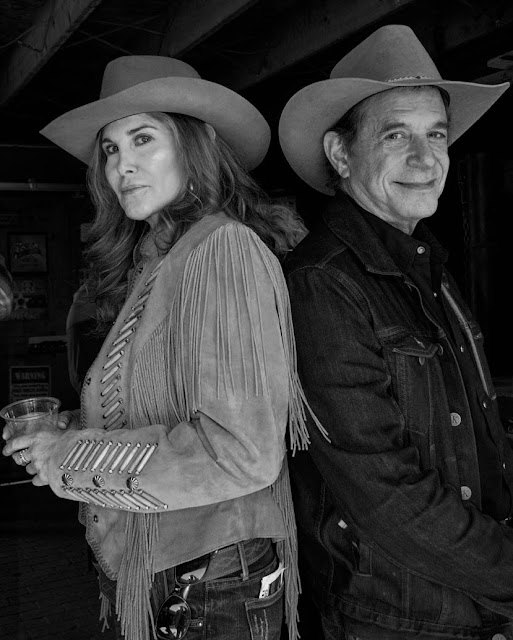 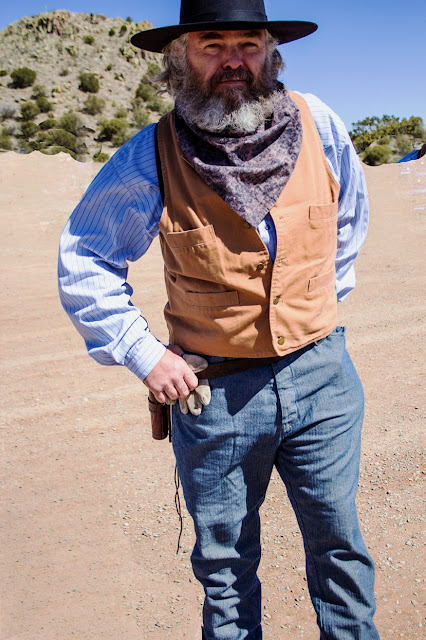 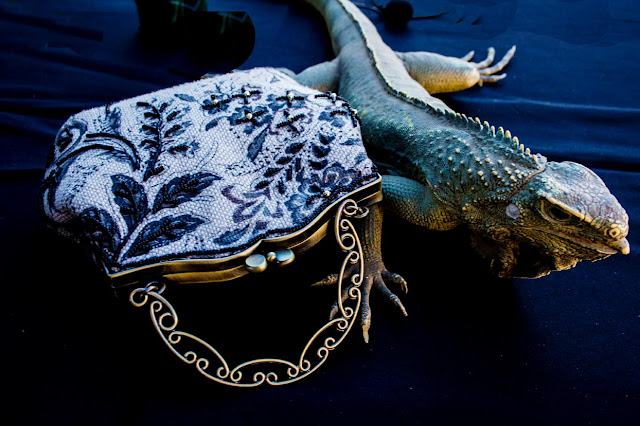 I have no idea why these disparate objects were sitting together on a table...but they were and I captured it for posterity. 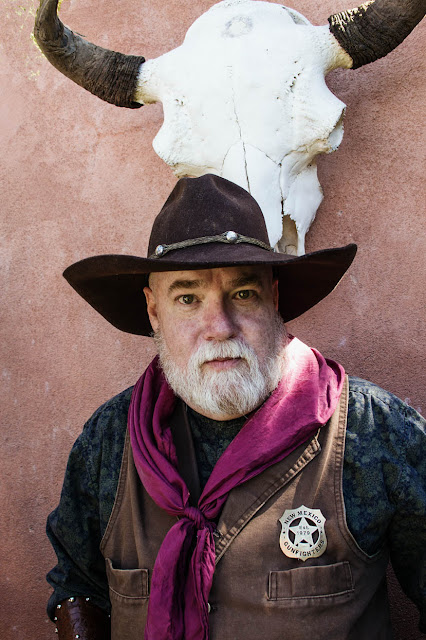 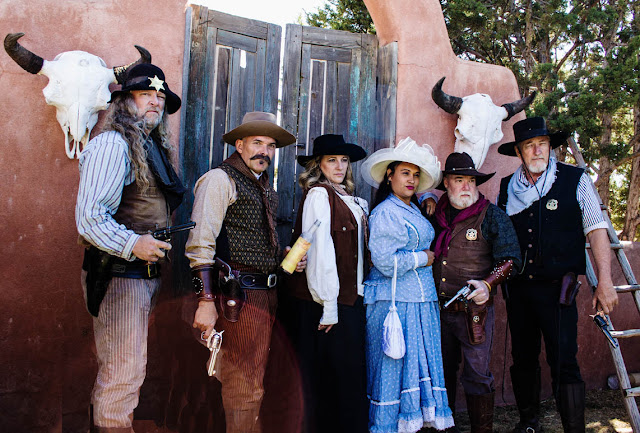 Offering a visually appealing step into the past, the New Mexico Gunfighters put on quite a performance in public plazas in Old Town Albuquerque. This ensemble of gun-slinging (they use blanks) actors is part of an award-winning theatrical group who has been performing free public comedic Old West skits in Albuquerque for over 37 years. 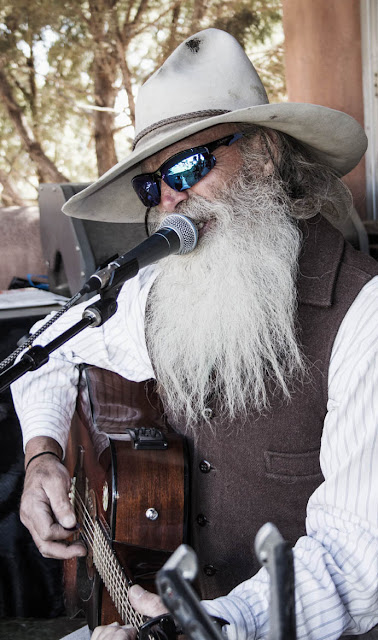 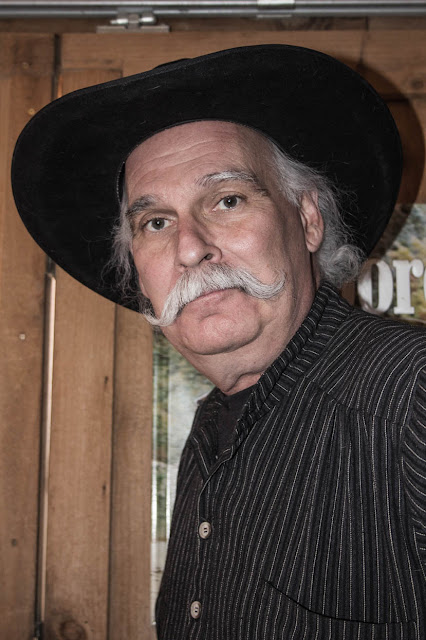 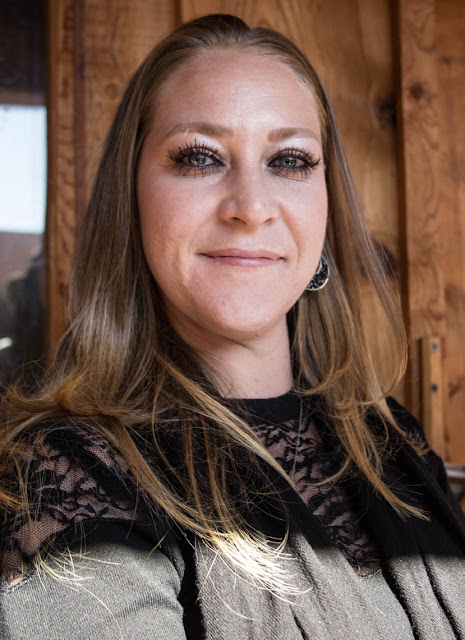 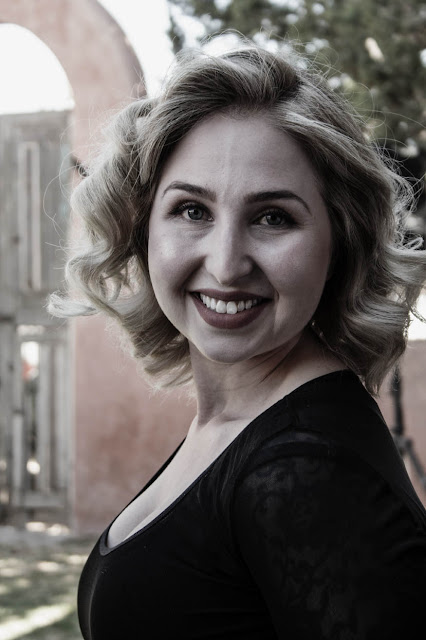 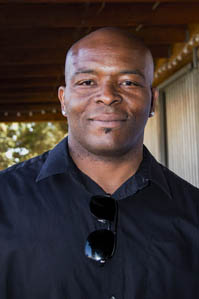 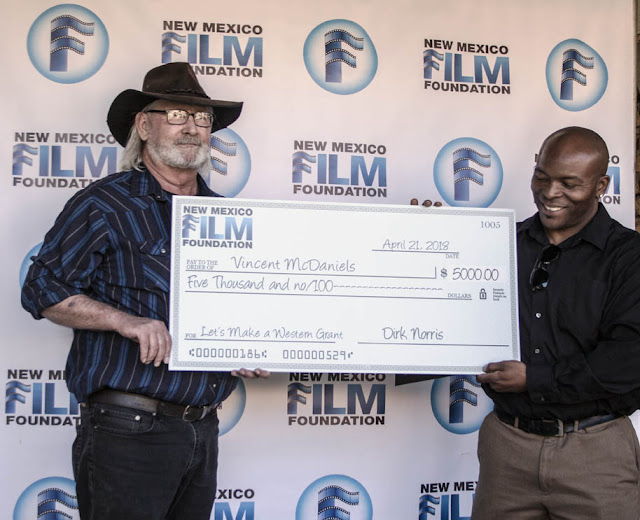 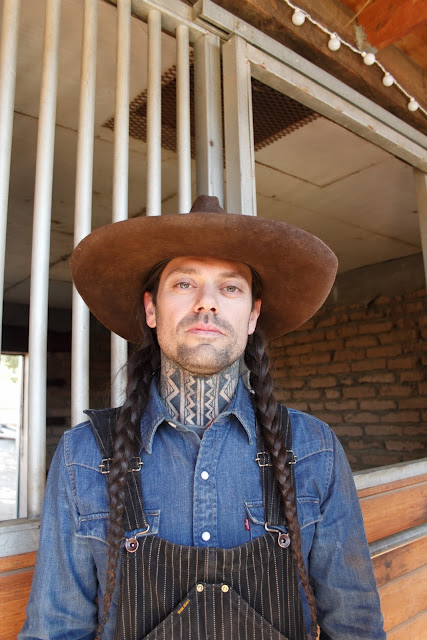 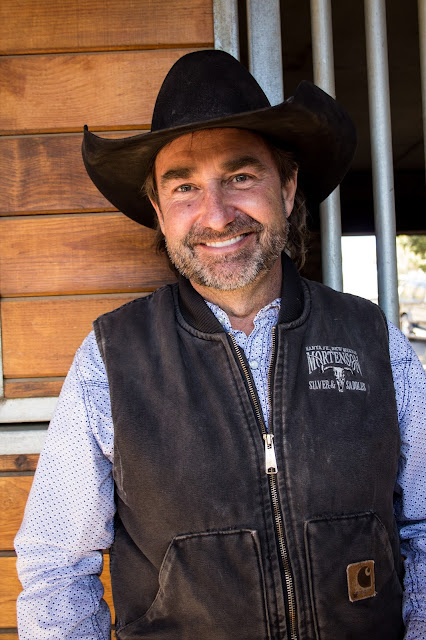 Clint Mortenson - Ranch owner and maker of SILVER & SADDLES. I will be blogging his ranch & shops where he makes trophy buckles, custom saddles, saddle silver and so much more... 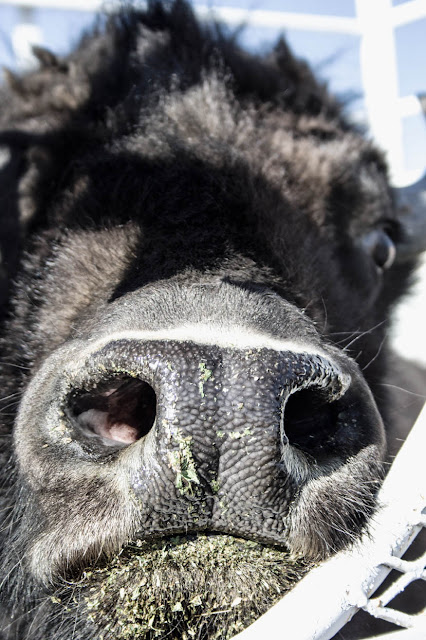 THANKS New Mexico Film Foundation for letting me crash your party!

Email ThisBlogThis!Share to TwitterShare to FacebookShare to Pinterest
Posted by C. Whitney-Ward at 2:52 PM