MICHAEL GURULE - SPIRIT OF A STUDIO 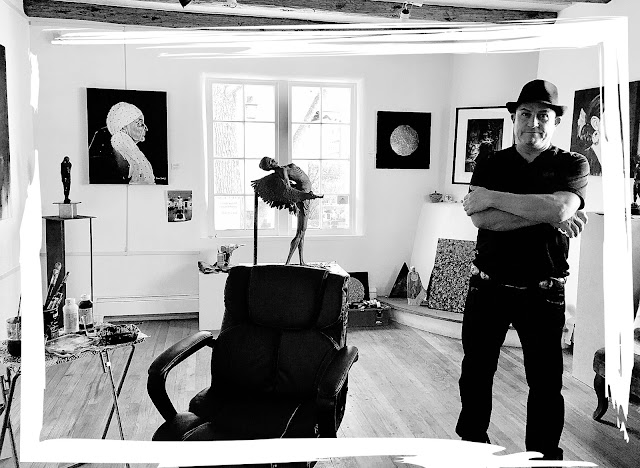 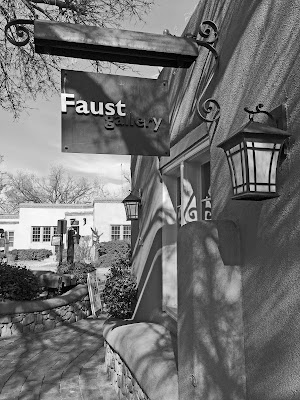 Step into FAUST GALLERY - 202 Canyon Rd. - turn left at the reception desk and you'll discover Artist MICHAEL GURULE'S working studio.  Sunlight flows through the windows, his art peppers the walls and if not engaging a visitor to the gallery, he'll be hunkered down in front of his easel working. 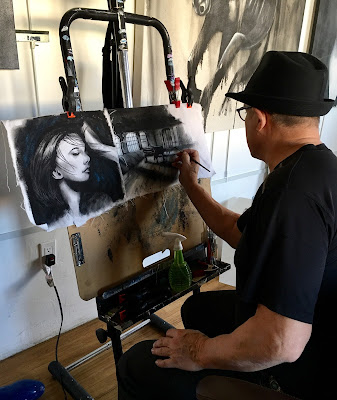 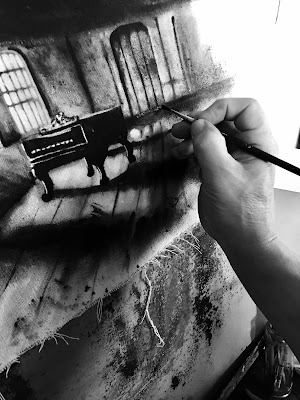 A shy child,   Michael's world was happiest when he had a sheet of fresh paper and a row of perfectly sharpened pencils at the ready. "I would draw the image with the first pencil, rotate that pencil to the end of the line and keep going,"  he remembers. When all the pencil points were worked down to a nub, he'd then use them for shading. 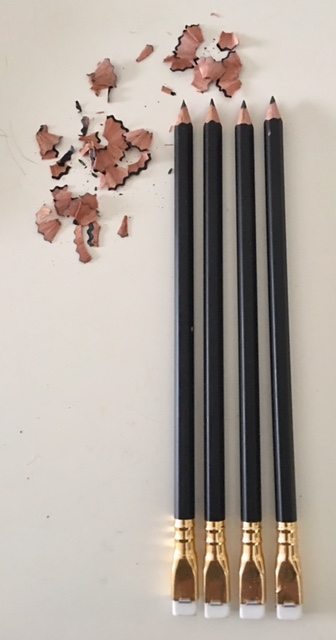 Both a painter and sculptor, Michael works in oils,
acrylic, mixed media and bronze. 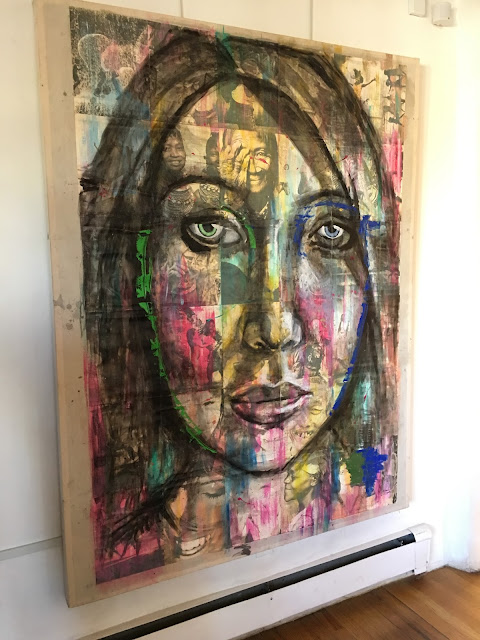 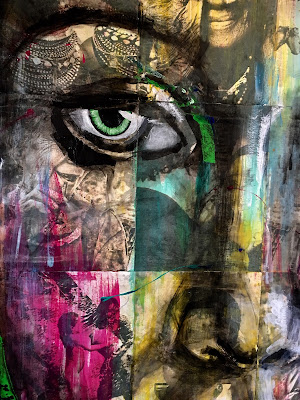 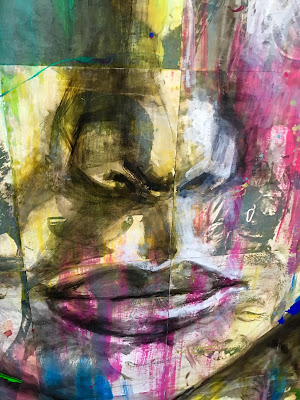 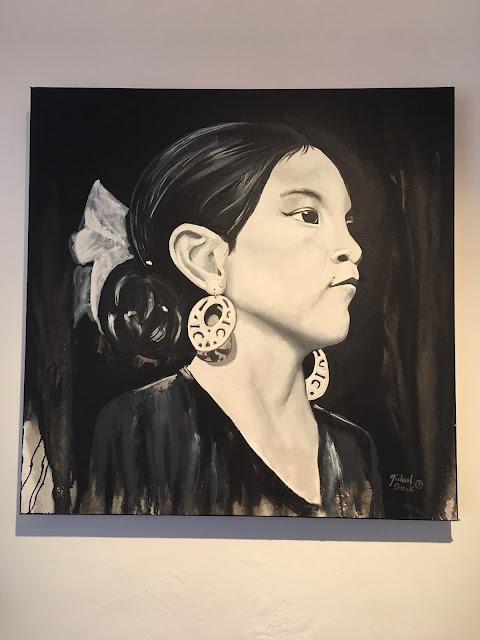 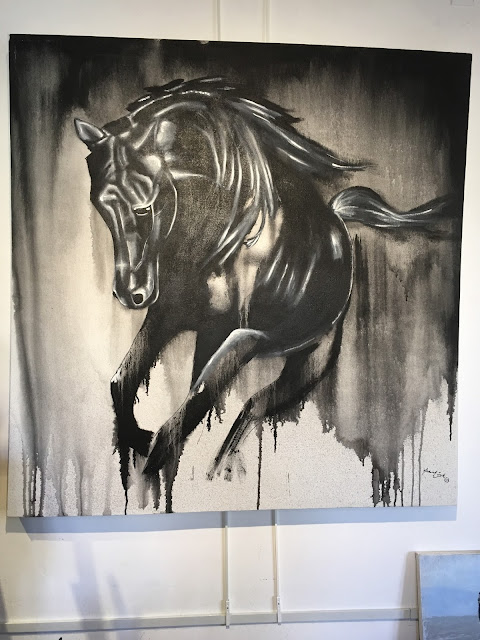 Much of his figurative work is done in black and white, using acrylics and black gesso. His signature is to focus in on one part of the subject, leaving the rest out of focus. 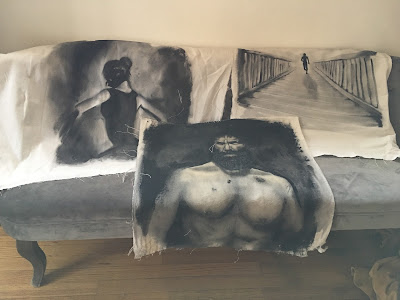 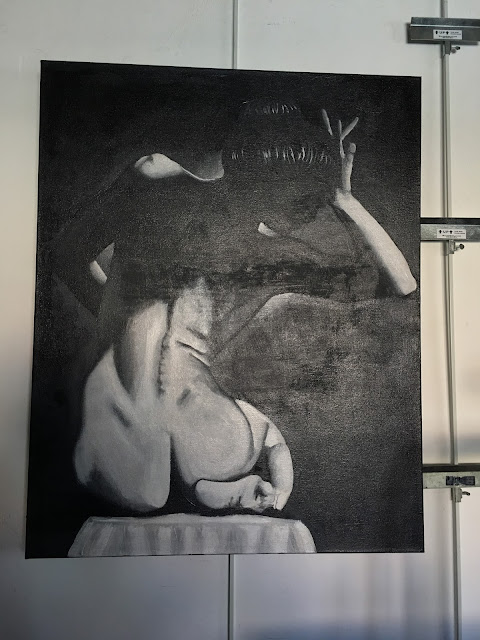 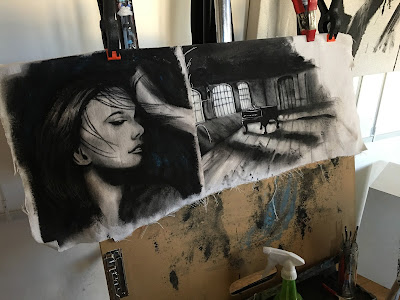 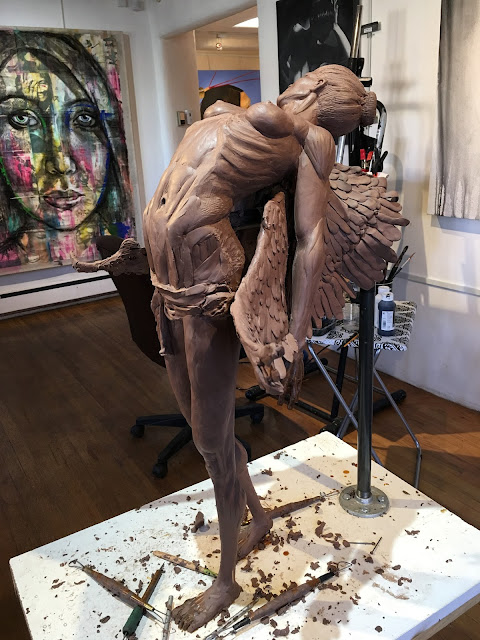 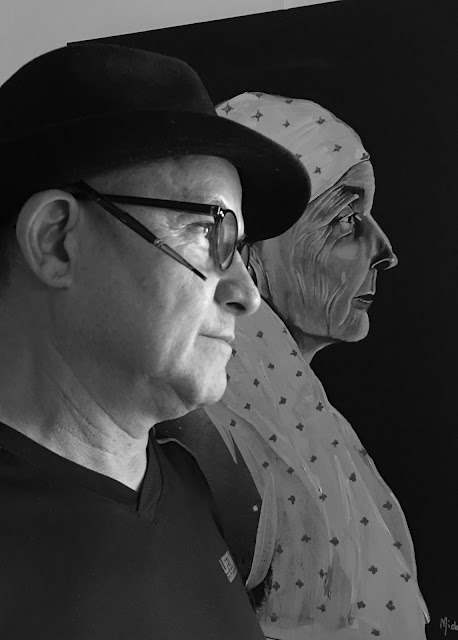 "What I've learned in my art life," explains Michael, "is not to try and create a masterpiece each time. I let the piece happen; let it grow up like a child.
It's all about enjoying the journey." 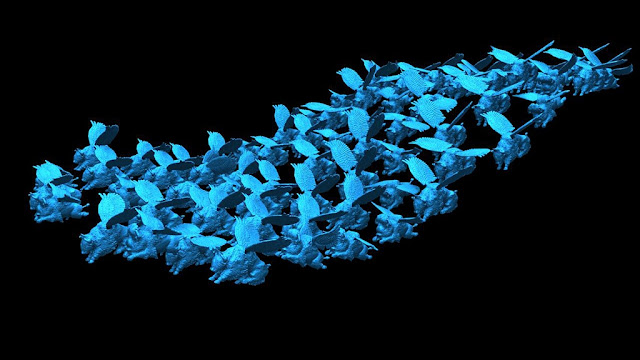 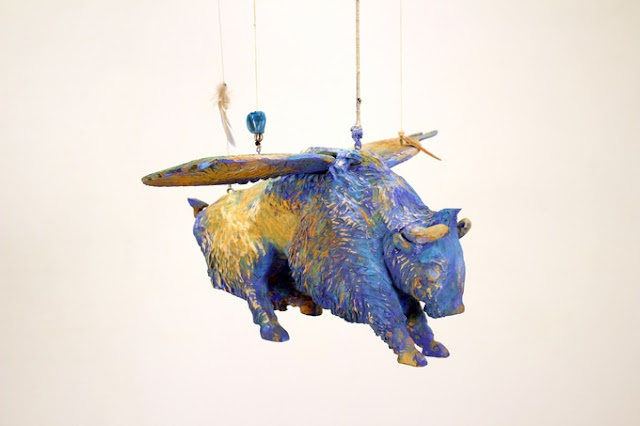 “Buffalo are masters of survival,” says Armond Lara. “They’re still around today,
even though we tried our best to kill them all off.” The Santa Fe artist has
depicted buffalo in his drawings, paintings and sculptures for decades. In
recent years, they’ve turned blue and sprouted wings. The winged blue
buffalo reference a dark chapter of Lara’s family history: his grandmother,
who was Navajo, was kidnapped as a child and forced into servitude
by a Mexican family. This was a common story in the region now
known as the Western United States. Across three centuries of Spanish,
Mexican and American rule, thousands to millions of Native children were
enslaved as household servants or field hands.  The Pueblo people
called these abducted youths “lost bluebirds,” a symbol that Lara
combined with the buffalo into a new icon of
Indigenous survival. This August, he’ll collaborate with
form & concept to fulfill his long-held dream of creating
a monumental installation of seventy hand painted, cast resin flying
blue buffalo sculptures that explores this little-told history.
Posted by C. Whitney-Ward at 9:58 AM