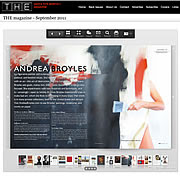 I had seen a piece on Artist Andrea Broyles in THE Magazine last fall and was intrigued. So when I bumped into her having afternoon tea at the Chocolate Maven, one thing led to another and she invited me to see her home and studio.  Andrea  and screenwriter husband William -   Apollo 13  Polar Express  Cast Away - and their three children  moved to Santa Fe  four-years ago from Jackson Hole.  Their spacious home is filled with two dogs, three snakes (all in cages) and lots of Andrea's art. Take a peek.

Photos and Text by C. Whitney-Ward 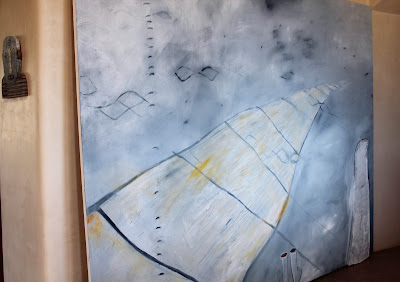 Just as you step in the front door... 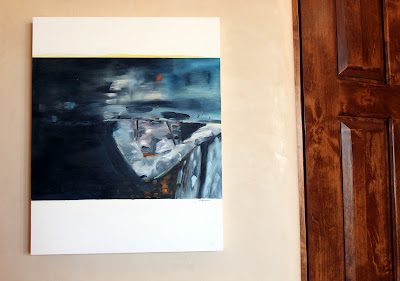 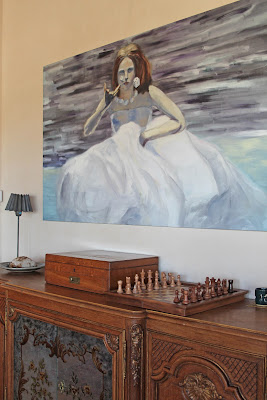 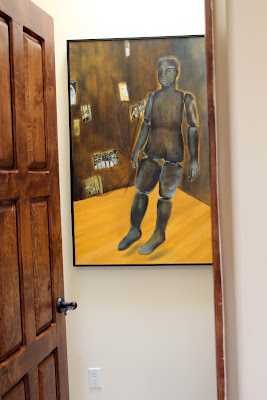 William is an avid collector of vintage photography. 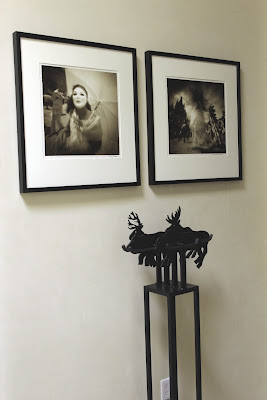 And their library is a stunner. 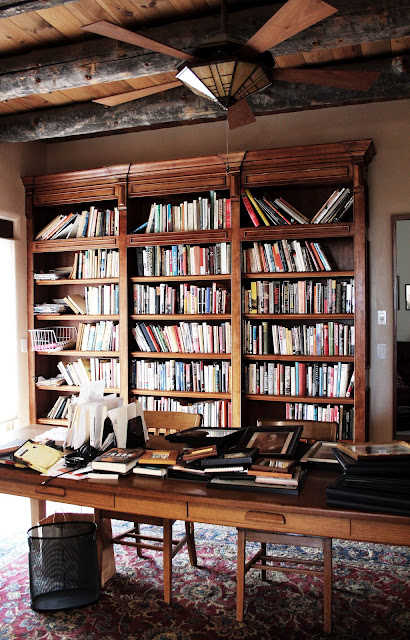 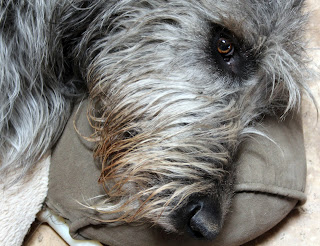 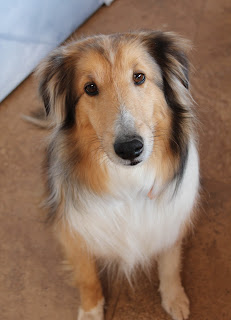 Andrea is an abstract figurative painter but she also sculpts - moving from one medium to the other when "she gets stuck." Her studio - a converted double garage  is  filled with light and a long wall serves as her easel,  holding paintings, both finished and in progress. 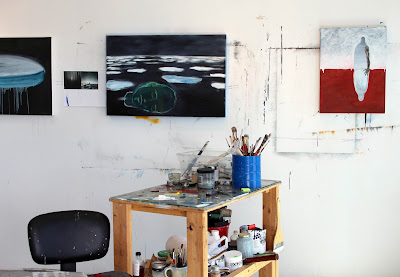 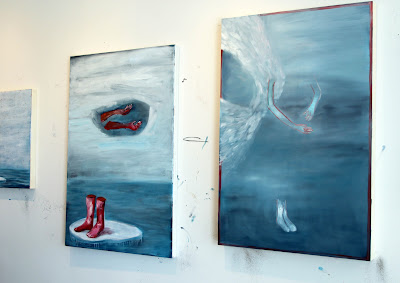 She's currently working on a series of paintings - Fire & Ice - for an upcoming Santa Fe show. May - Downtown Subscription.﻿ 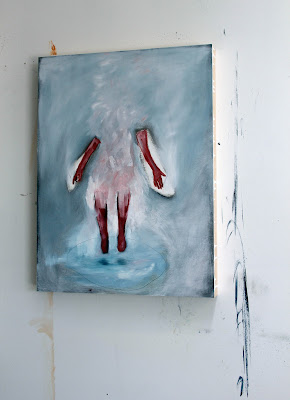 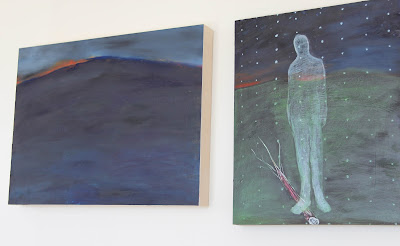 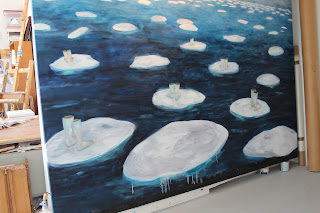 Below is a commissioned sculptural garden piece  that will rest on a pedestal and invite the viewer to walk around to read the message. 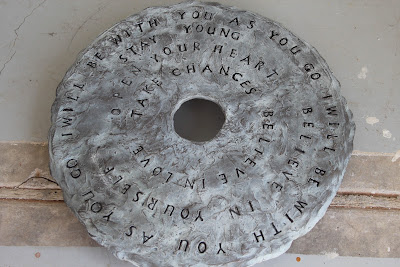 Another artistic endeavor has a bit more celebrity. When she first met William, she presented him with one of her prints - wings encircled by three rings. Years later she painted this same image on the Fed Ex box that appeared in the movie Cast Away with Tom Hanks. 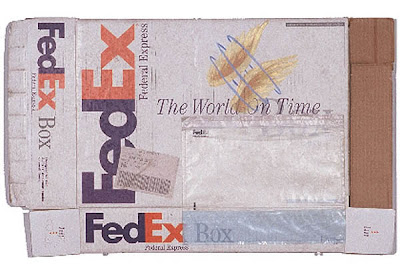 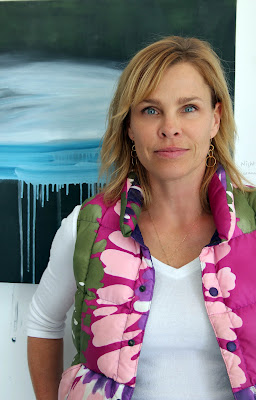