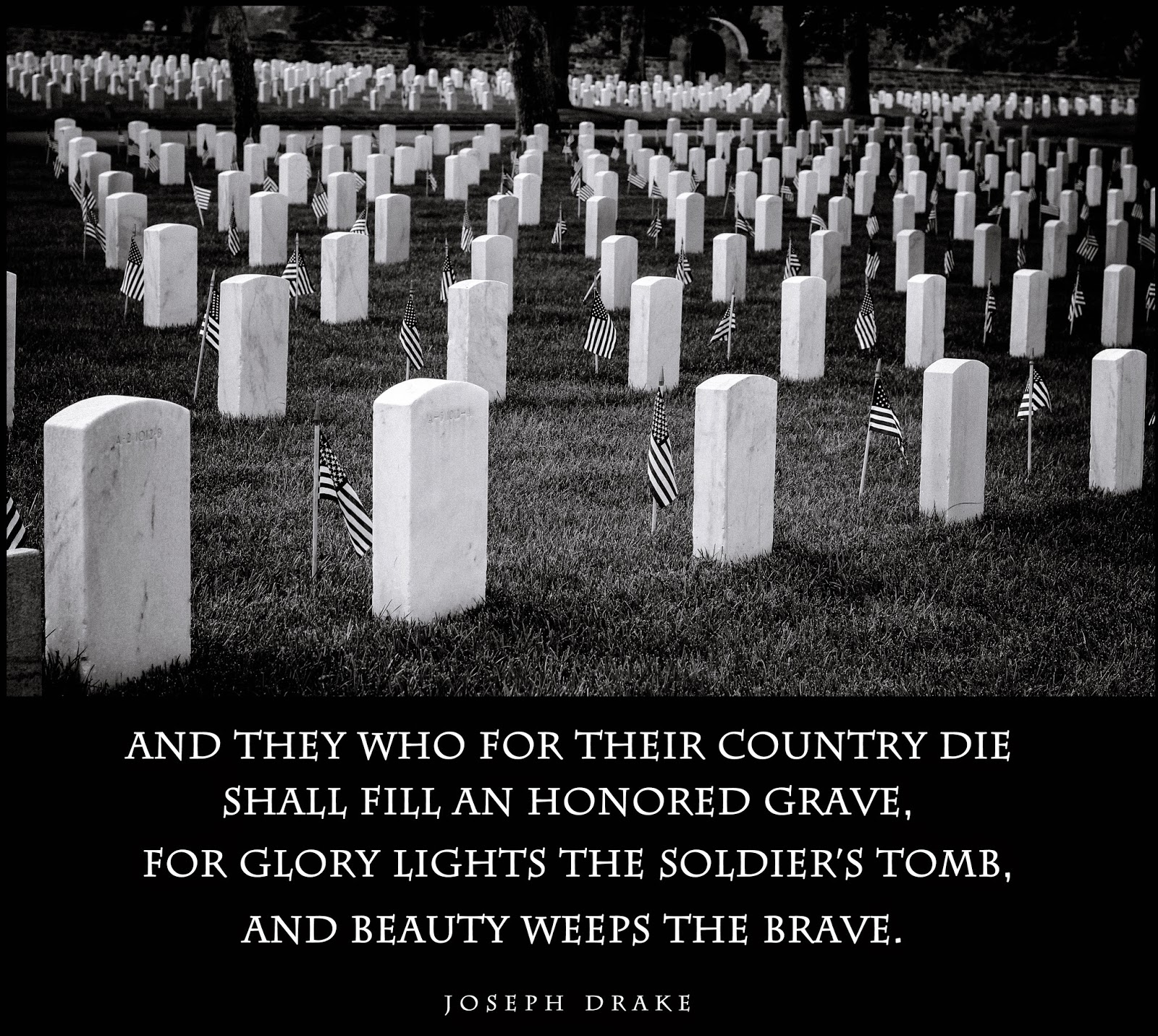 I live near the SANTA  FE  NATIONAL CEMETERY, and no matter how many times I glimpse the rows of precise, white gravestones flowing over the thirty-four acres of this beautiful place, I'm seeing it
for the first time and quietly say THANK YOU. 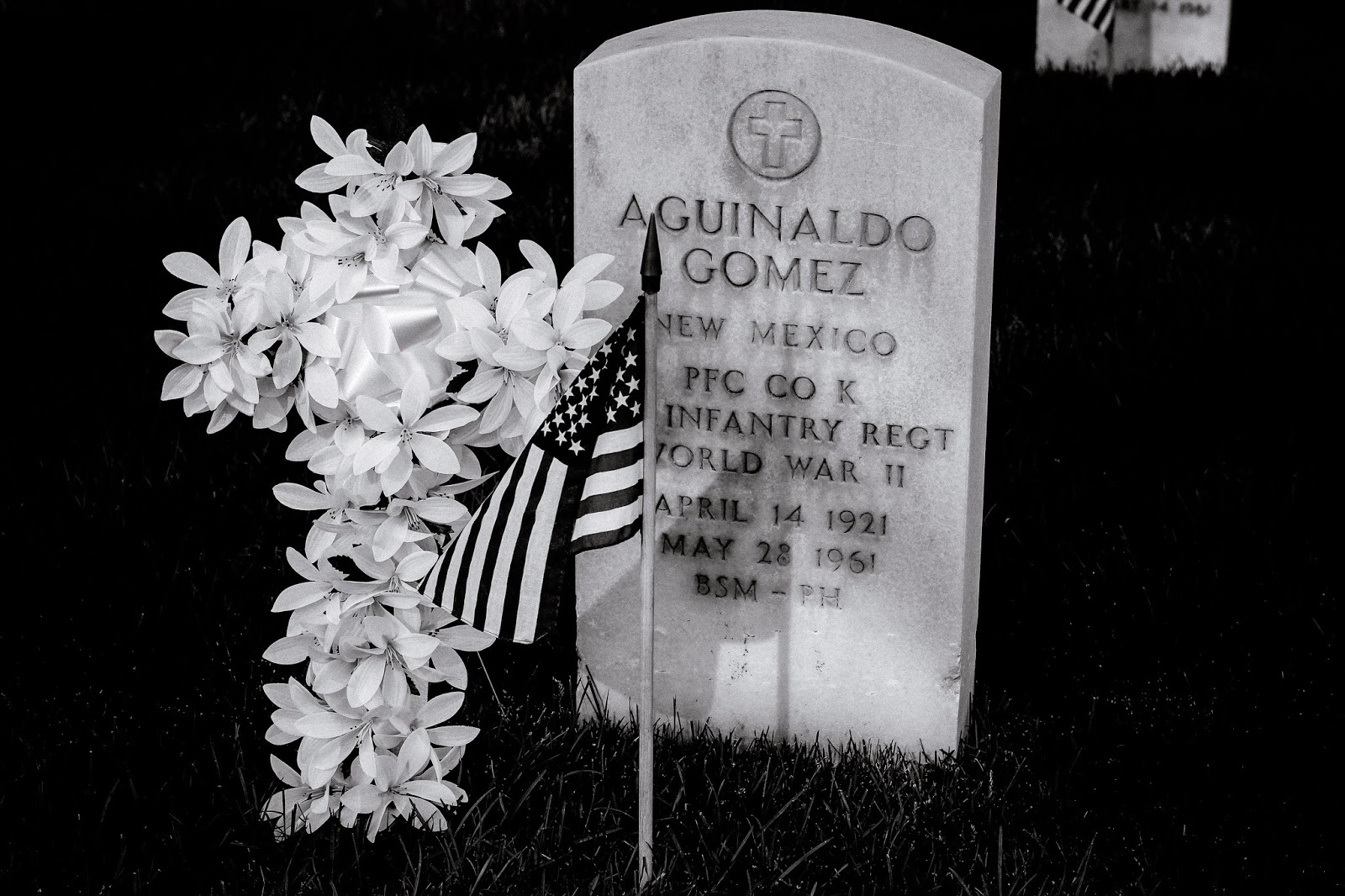 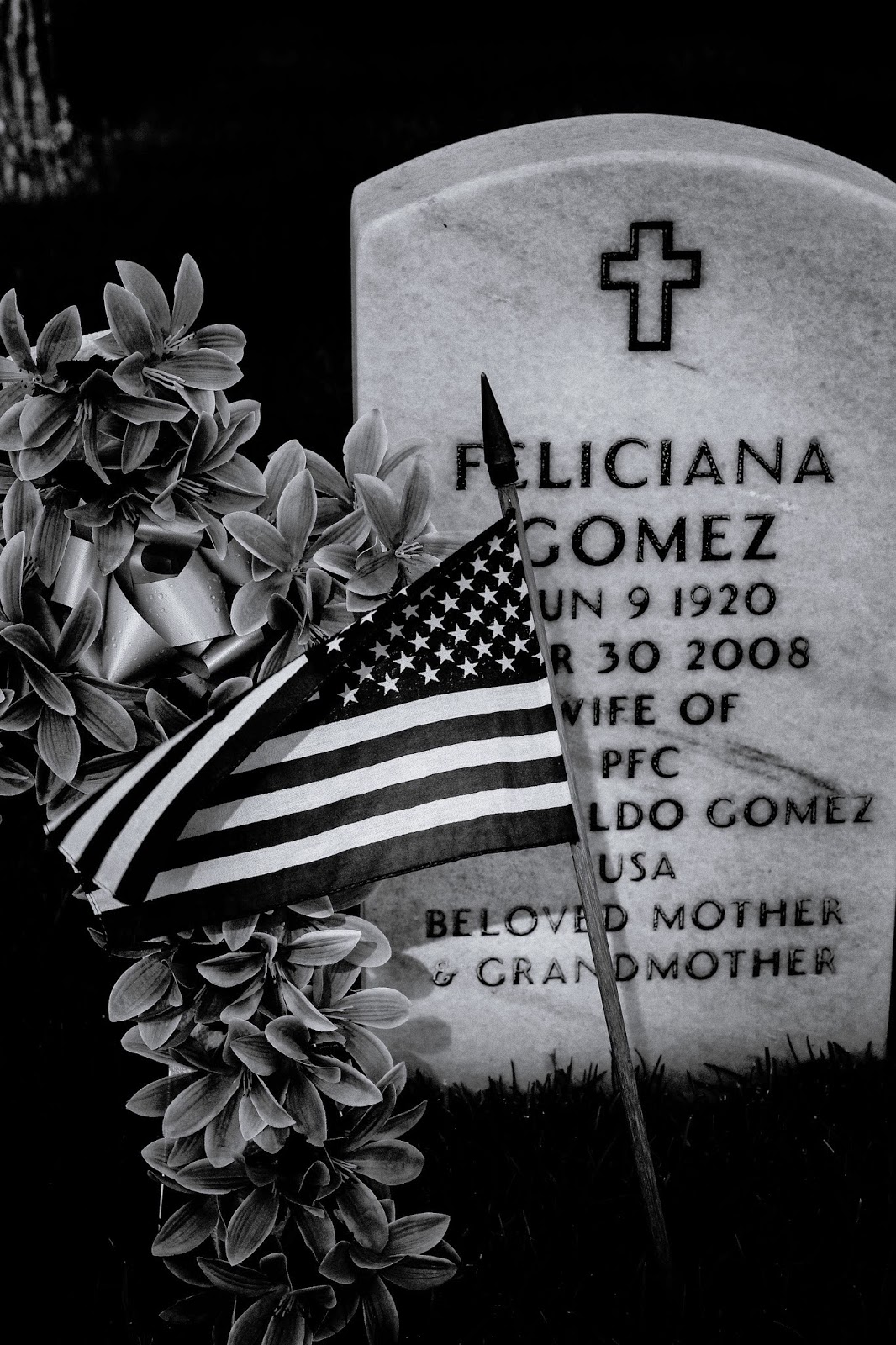 In 1870, the bishop of the Roman Catholic Archdiocese of Santa Fe donated a small parcel of land to the federal government to establish a cemetery. Five years later the government purchased an adjoining two-acre tract. and on April 6, 1875, the Santa Fe National Cemetery was established. In 1892 seven more acres were added, and in 1953 an additional 25 acres. 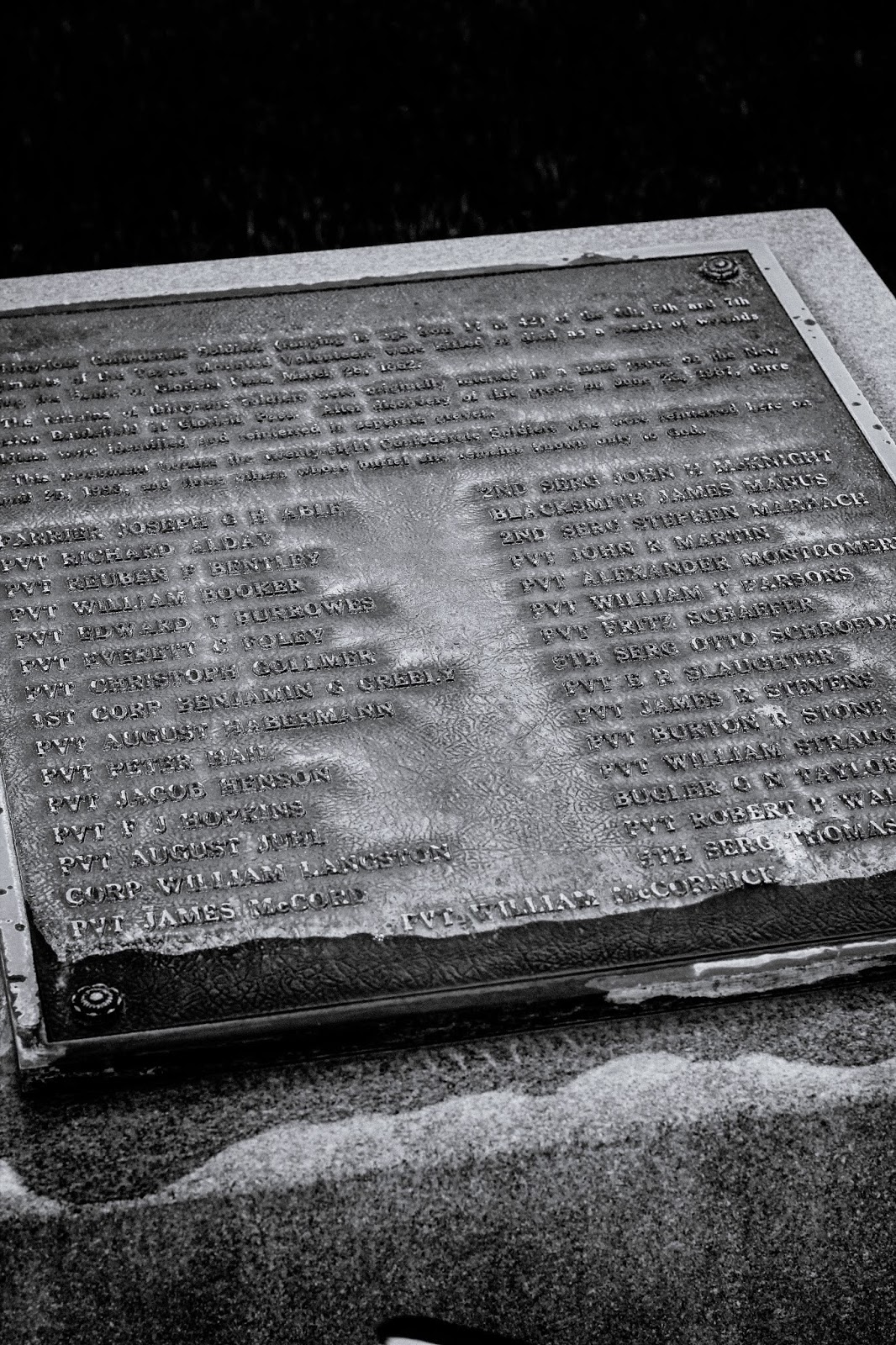 Initially the cemetery held only the remains of 265 Union soldiers who died in the Battle of Glorieta Pass and other military actions in New Mexico. But over the years, the cemetery has become the final resting place - 39,000 - for Medal of Honor recipients and veterans from World Wars I and II, the Korean and Vietnam wars and more recent conflicts. 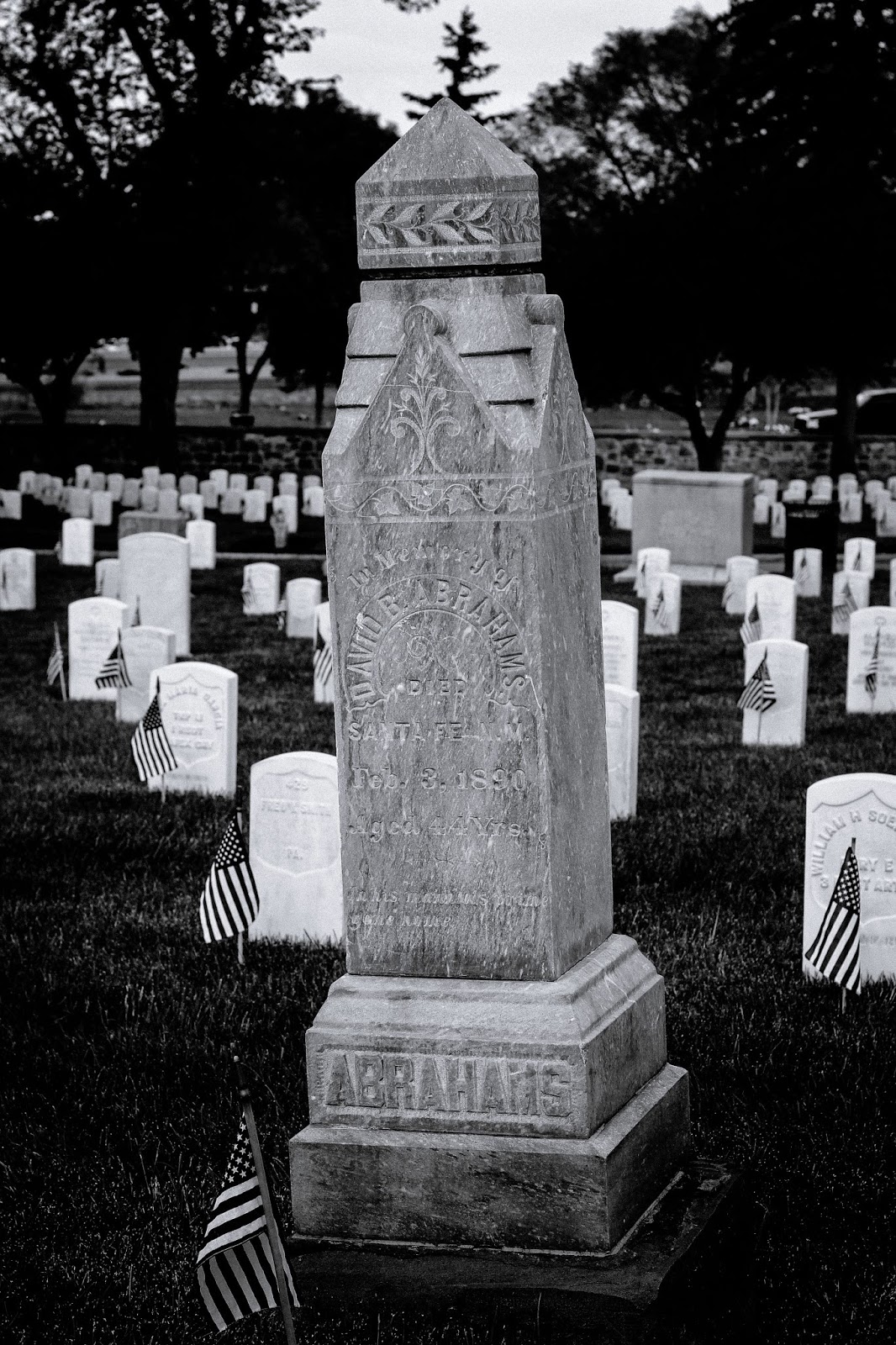 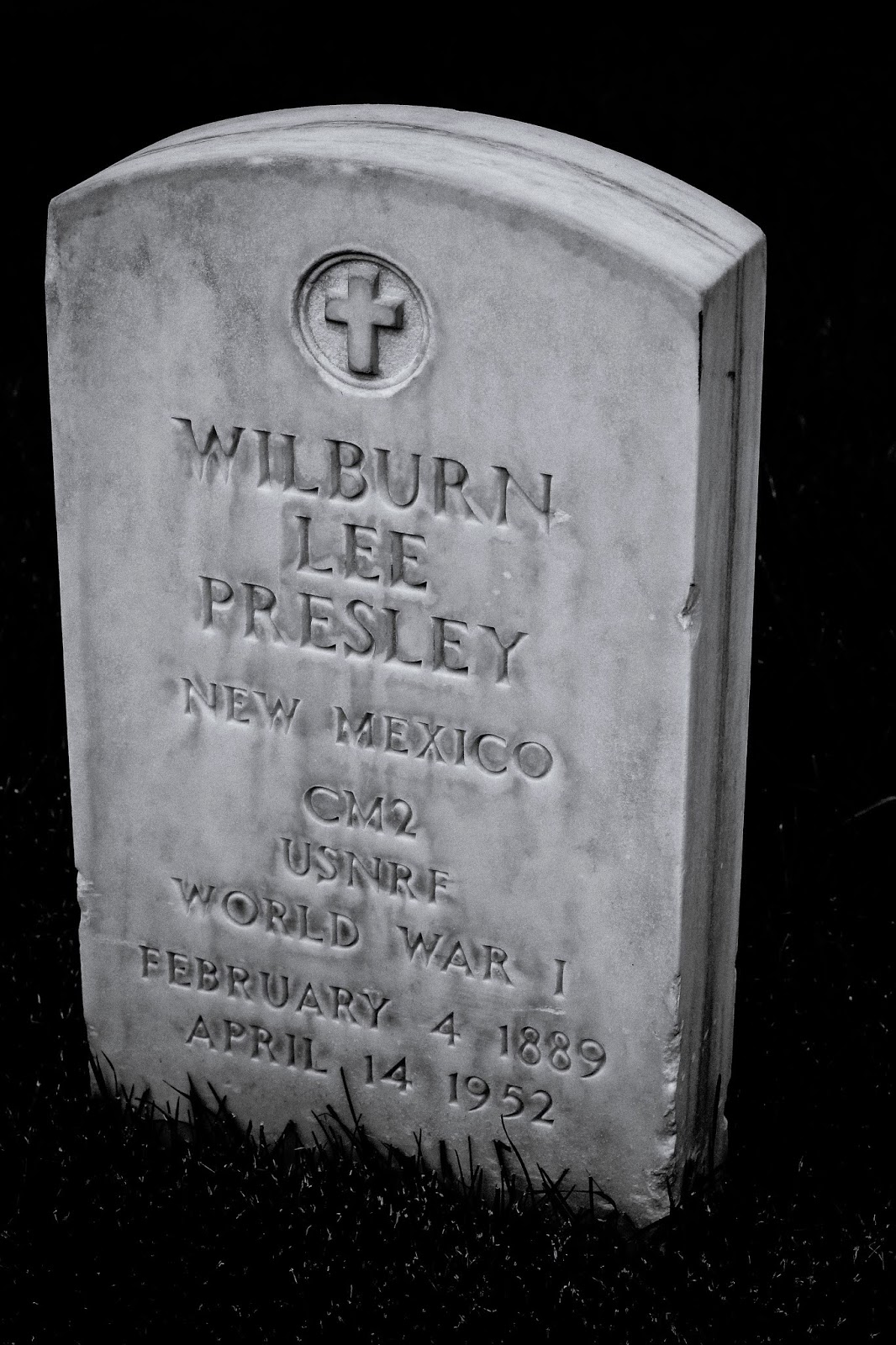 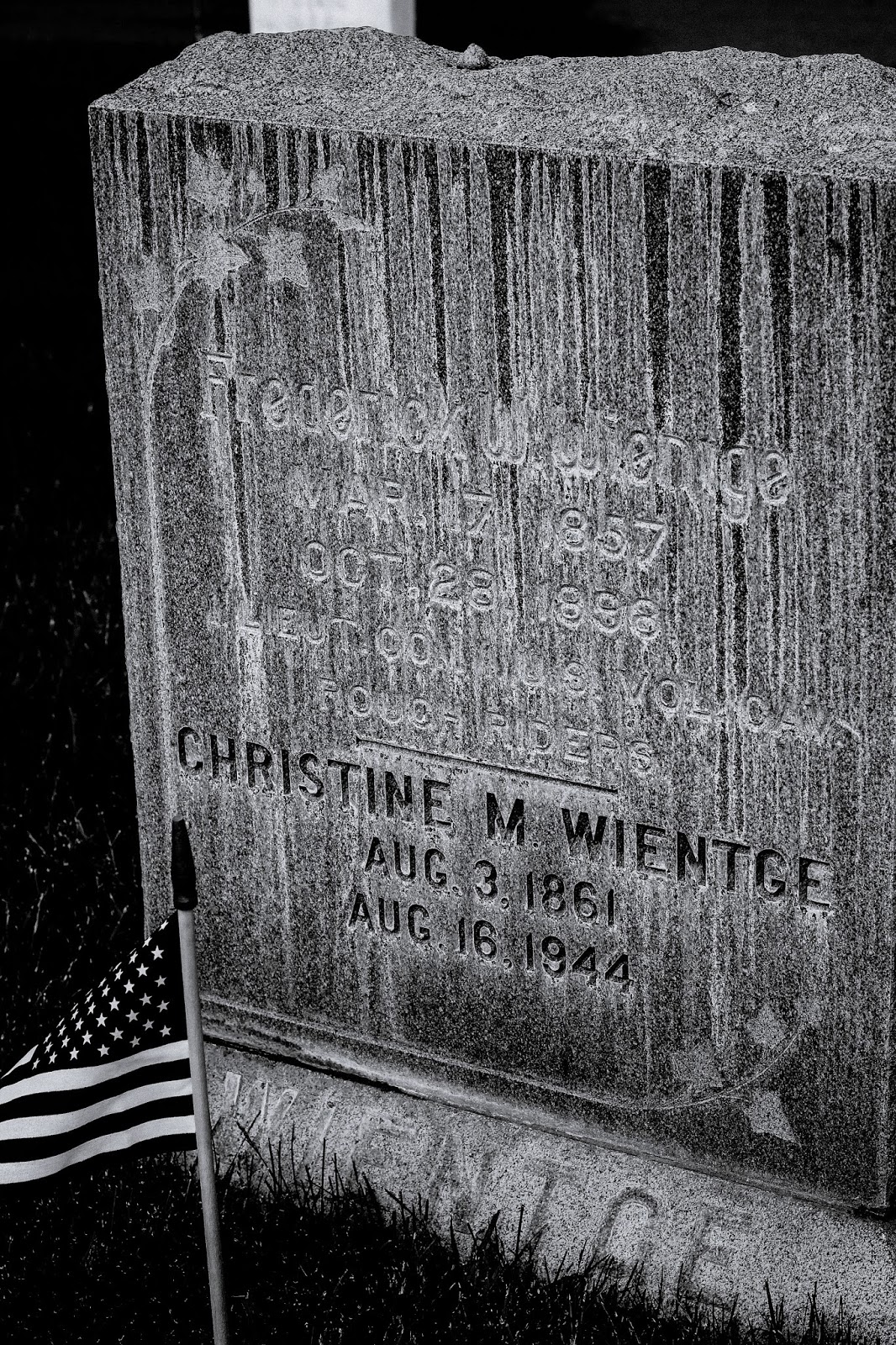 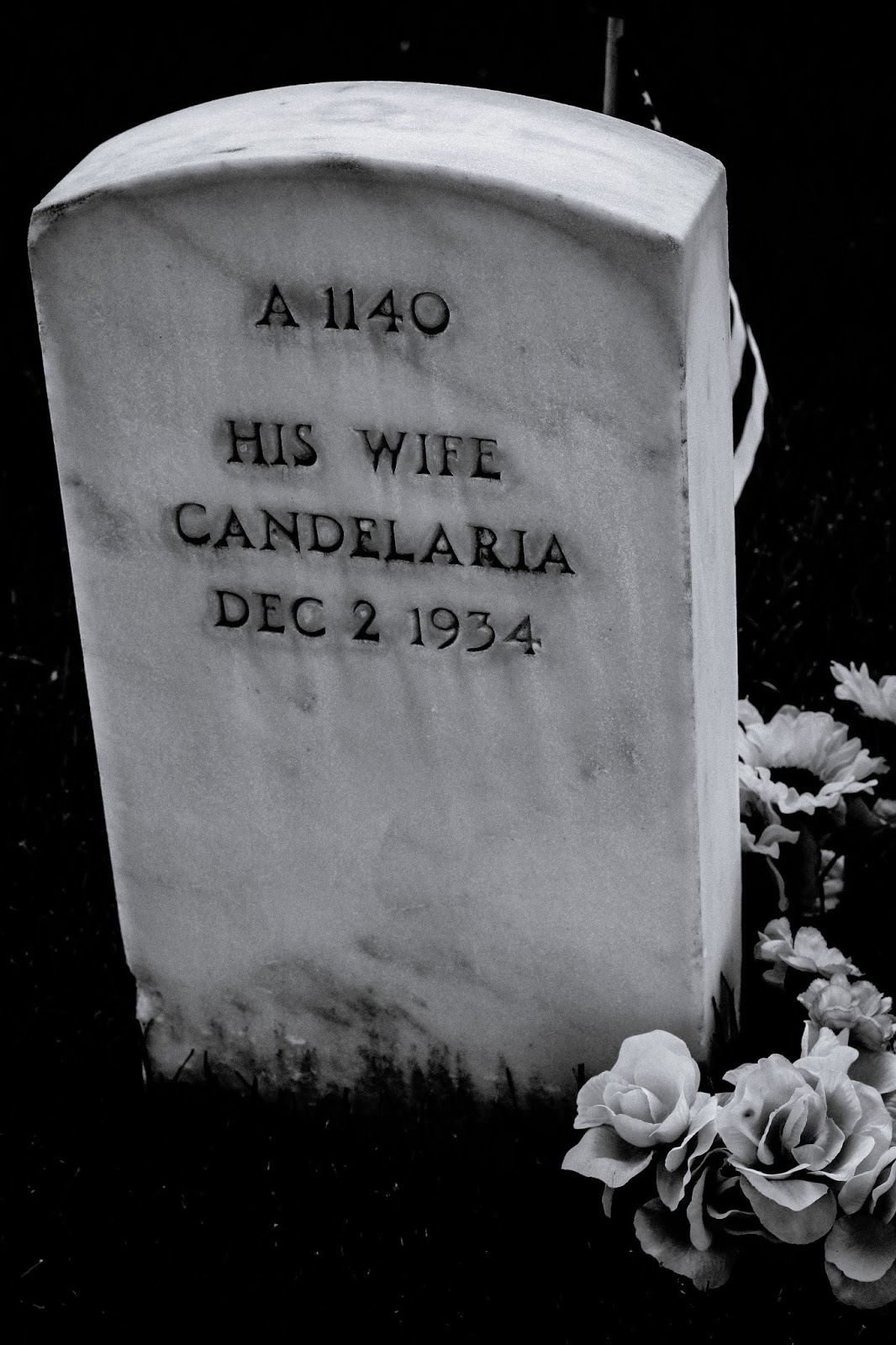 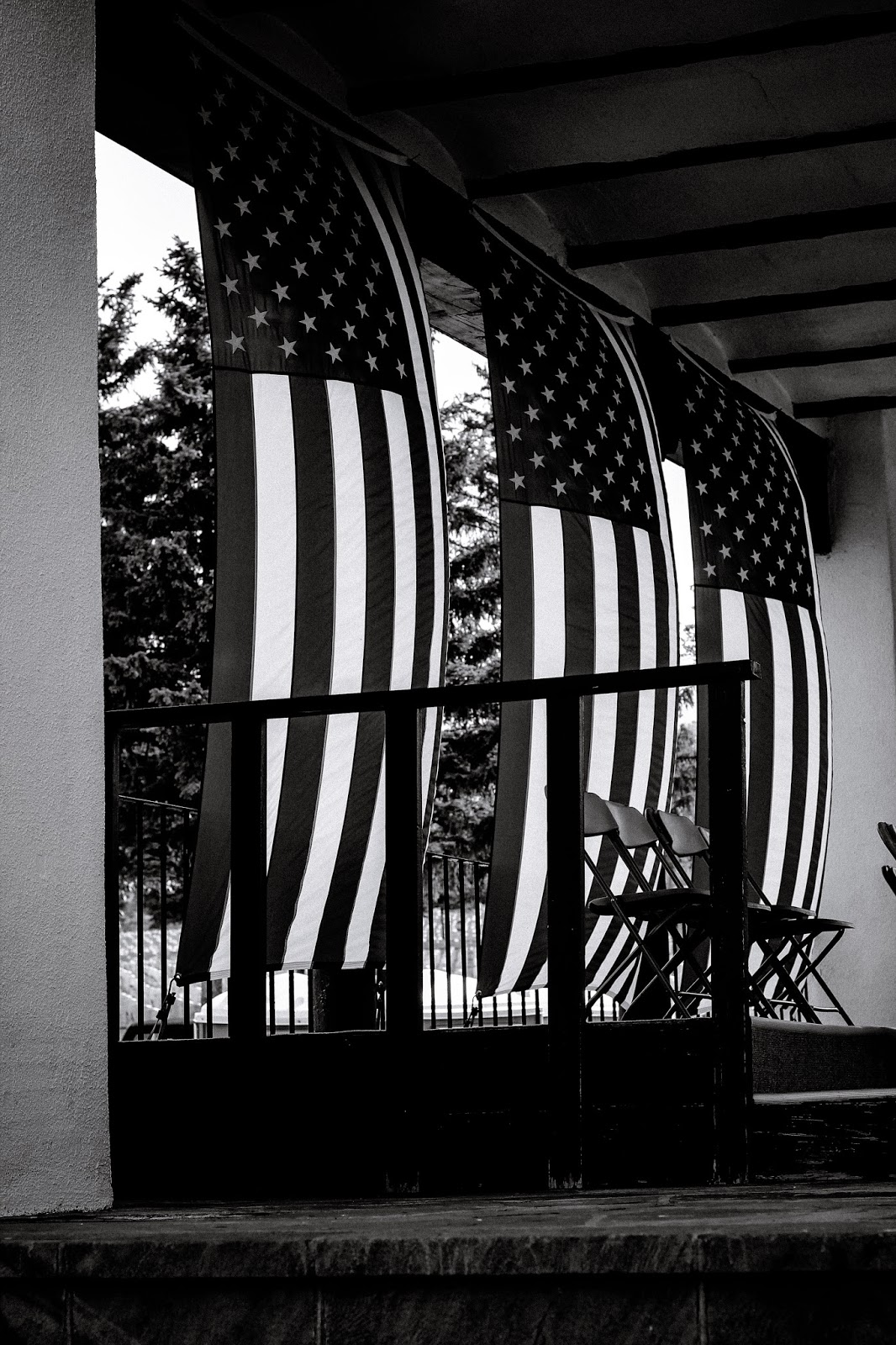 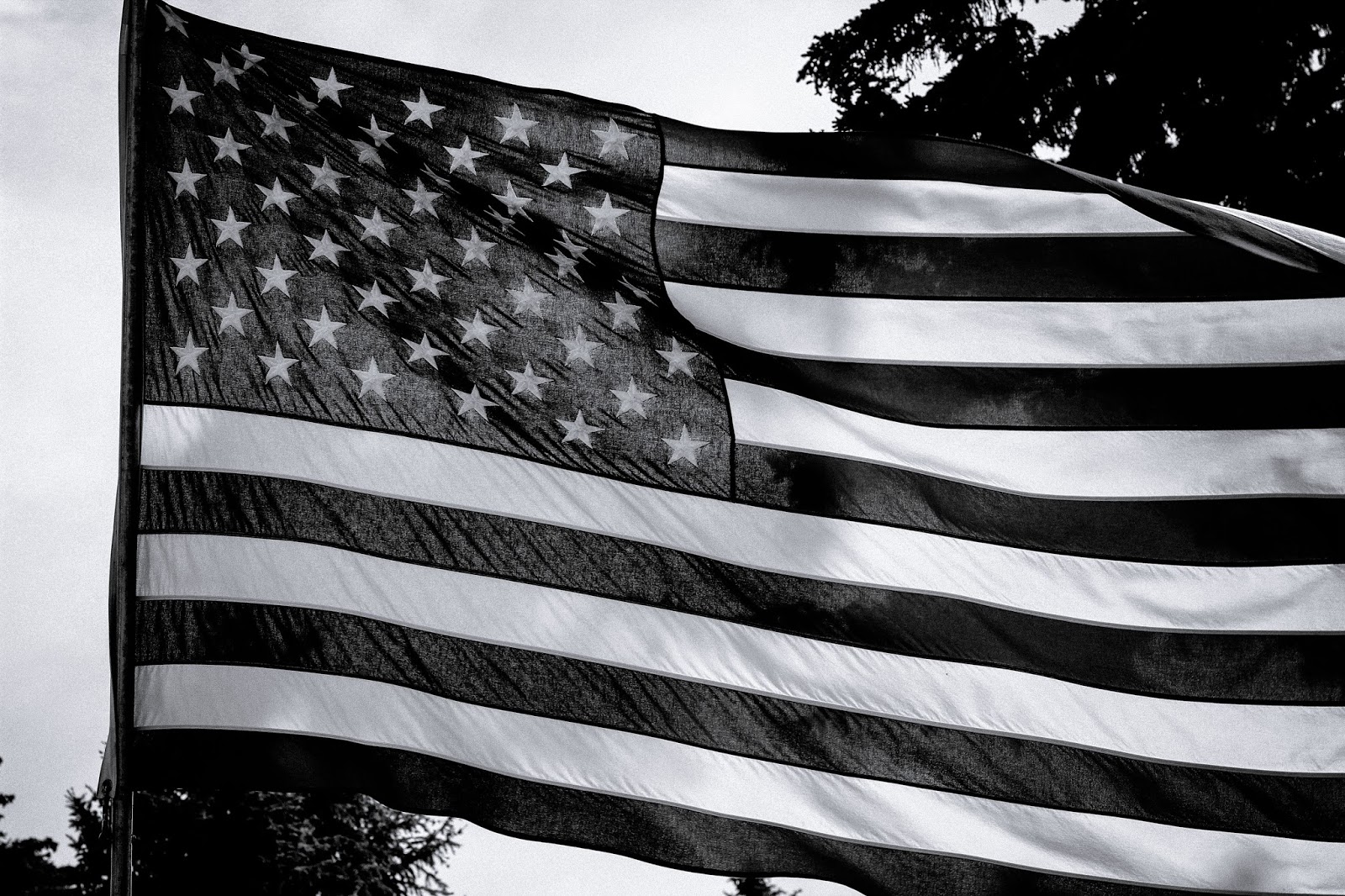 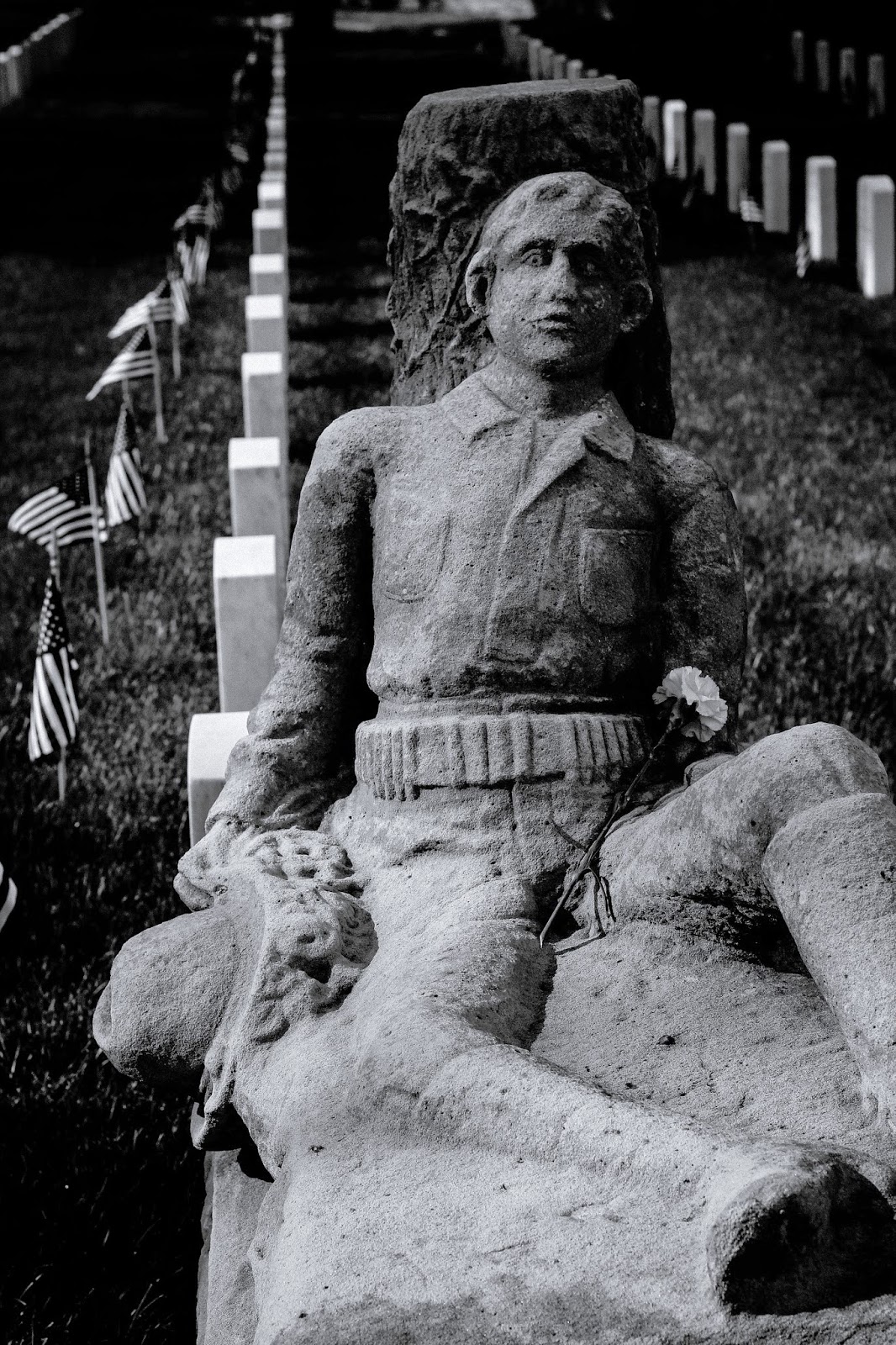 And Memorial Day wouldn't be complete without a visit to the statue celebrating -  SGT. FIRST CLASS LEROY A. PETRY - a true New Mexico Hero. He is only the second living recipient of THE MEDAL OF HONOR for the wars in Afghanistan and Iraq. He lost his hand, but saved his men in a moment of unselfish heroism. 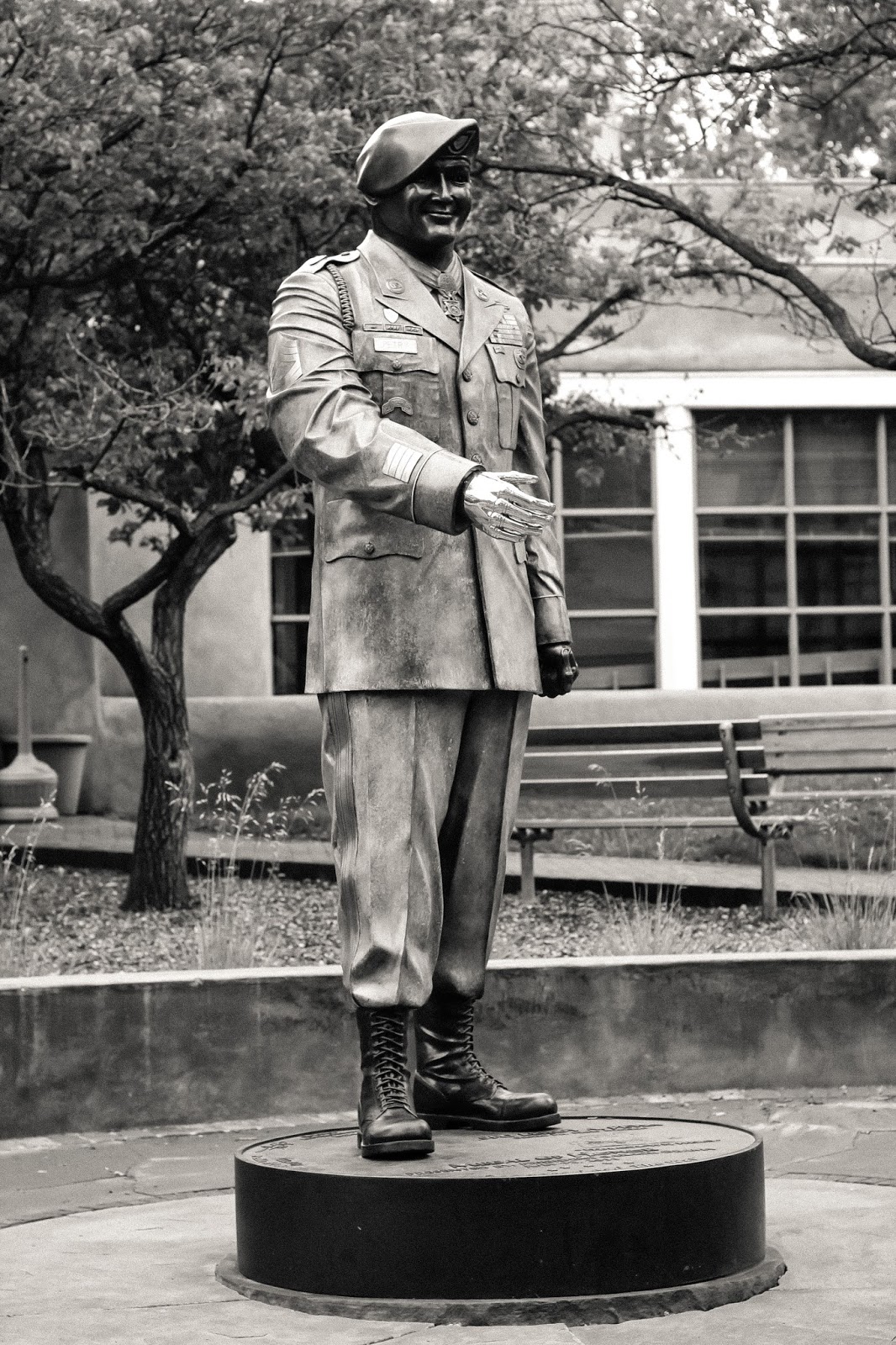 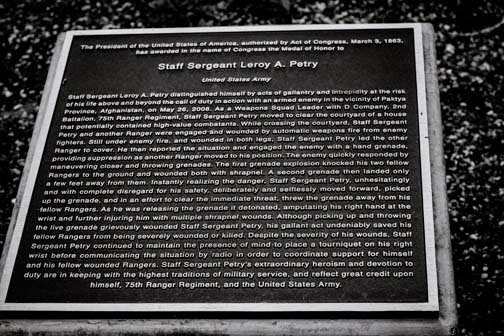 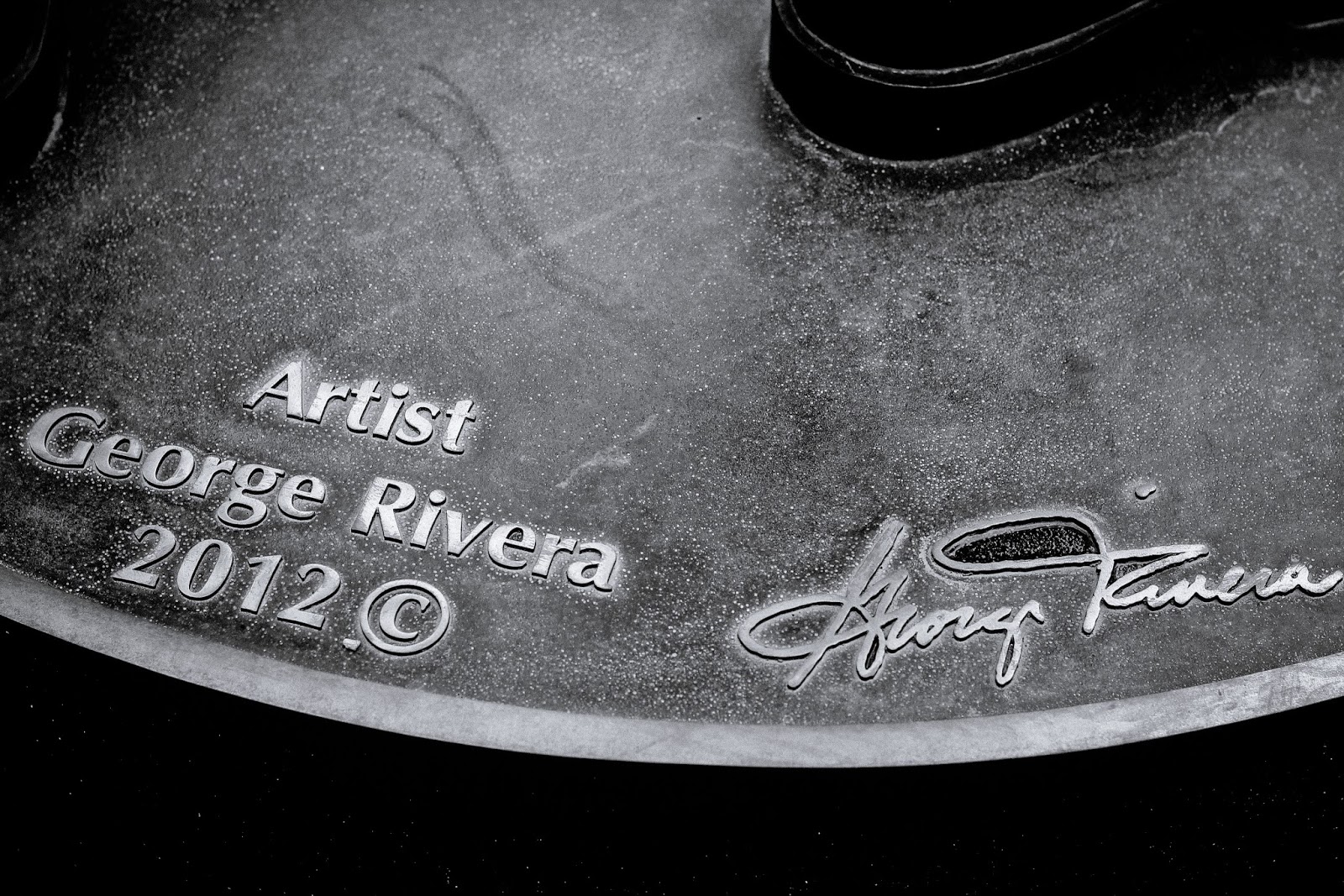 A CHASING SALUTE & DEEP THANK YOU TO VETERANS EVERYWHERE.
.
Posted by C. Whitney-Ward at 5:26 AM